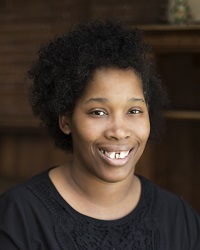 Denessa first experienced homelessness when she was 25, but this would not be her only time without a stable home. When she married her husband, their blended family grew to 7 (with one on the way) and they struggled to find affordable housing that could accommodate a family of that size. For the first year of their child’s life, they struggled with the stress of debt and shame of homelessness while also feeling the joy of being parents. Now housed and employed, Denessa lets her experience guide her ultimate goal to open a transitional home for women with an holistic approach to helping them succeed and grow from their past negative influences, hurts, and decisions. 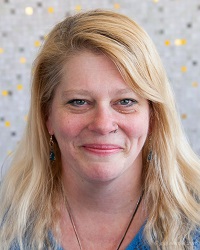 Julia (Jewels) was homeless for four years in her early 20’s and again for one and a half years in her 40’s. During that time she raised her daughters and became an advocate for ending homelessness. She works closely with her local agency to speak about her experience and shared her story on the steps of the Michigan State Capitol for the 2017 How Housing Changed My Life rally. She dreams of going to Washington DC and advocating for policies to support homeless services, because “no one deserves to have to live through this, ever.” 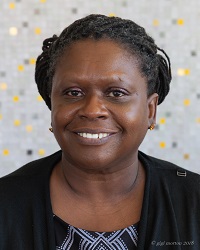 Kim became homeless when she was 49 years old due to a medical condition, undiagnosed mental illness, and ultimately a divorce from her longtime husband. For two years Kim struggled to get back on her feet, and is now a staunch advocate on issues of homelessness, social justice, and inequality. She appeared in the 60 minute special on partisan voters in Michigan featuring Oprah Winfrey and has marched and advocated for gun control and increased education resources. Her primary message when she speaks about homelessness is “it could happen to you! Many people are one or two paychecks away from being homeless.” 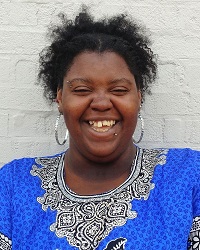 Robin first experienced homelessness when she was only three years old. With her mother and sister, Robin spent years moving between locations and sleeping in their car or staying with family members. She experienced discrimination in school and struggled to find her voice. Now employed by Ozone House, an emergency shelter for homeless youth in Ann Arbor, Robin likes to share her experience with other youth so that she can give them hope. She believes that no one, young or old, should ever have to experience homelessness and wants her story to be heard so that she can make change in her community. 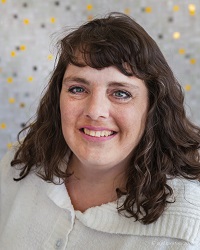 Terri is a survivor. She has lived through domestic violence, cancer, and homelessness and has come out the other side a stronger person. She first started experiencing bouts of homelessness in high school when she would live in her car or with friends. She would continue to live unhoused for a total of 14 years with her young children, sleeping in tents, hotels or their minivan. Terri is passionate about educating decision makers and the public about homelessness and coordinates events for her local annual Homeless Awareness Week in November. She wants to remove the invisible shield on homelessness and bring about policy change to help people be successful. In everything she does, she brings her enthusiasm and trademarked phrase, “Rock on!” 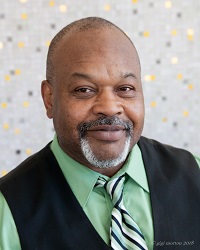 William began his 15 years of homelessness in his 30’s and spent a lot of that time between shelters and the streets. After aging out of the foster care system and the passing of his foster mother, William was left without a support system and security net to help him through rough times. He now advocates for clients as they navigate homelessness services and helps them access the resources they need. He especially wants to work and mentor children and young adults about making smart decisions and becoming independent so that they don’t have to experience the same hardships he did. He believes that through empathy and compassion we can end and prevent homelessness. 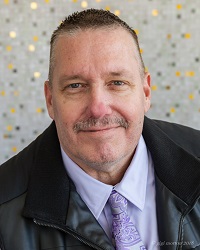 Michael is a veteran who has struggled with homelessness off and on for the past twenty years. After serving in the Air Force for ten years and working as a police investigator, he never expected to come back to his country and be homeless. He now works tirelessly to be a positive force and make a difference, one person at a time. Michael wants people to know that how we look on the outside doesn’t reflect who we are and the internal struggles that we all go through. “I want my ‘mess’ to become a ‘message’ for someone else.” 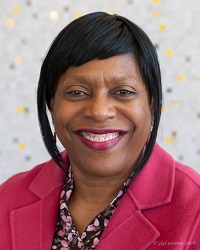 Sylvia became homeless when she was unemployed and waiting for her unemployment benefits to be approved after writing two appeals. She also had to dissolve her business. Over the next 18 months, she lived with two different relatives, slept in a car for a few nights, and spent six months in three different shelters. Anxiety and depression contributed to her struggle to obtain housing, but she finally secured affordable, permanent housing with the help of her local shelter. Sylvia calls on this experience when advocating for the rights of vulnerable populations, including in her position as Pathway of Hope Specialist and Women’s Ministries Coordinator at the Salvation Army. She is also an ordained minister, published author, and Founding Director/Executive Director of Readers Become Leaders Literacy Agency.

Skip back to main navigation